An important vote on whether mobile phones should be banned in immigration centres lies in the hands of Senator Jacqui Lambie and she’s asking the internet what it thinks.

A bill, proposed back in May, was debated in Parliament this week and will soon be voted on. It would see the Minister of Home Affairs, Peter Dutton, be given the power to prohibit certain items, including mobile phones, SIM cards and internet-capable devices, from immigration detention centres around the country.

Whether it passes into law or gets knocked back lies in the hands of Senator Jacqui Lambie.

And to help her decide which way she should vote, Lambie has set up a poll on her site asking for your thoughts.

“I believe you have the right to be heard by your politicians. That’s why I want your advice on this vote,” the site reads.

“My team will collate your vote. When I’ve made my decision on the bill, I’ll email you telling you which way I voted and why.”

Once you enter your vote, you’ll be asked to explain why you voted that way. You’re then presented with an “onya mate” and a promised follow up when the vote goes ahead.


Gizmodo Australia has contacted Lambie’s office to understand exactly  how the poll’s results will sway her decision.

The proposed bill has come under fire by human rights and advocacy groups, including Amnesty International and the Law Council of Australia, for providing Dutton with the ability to impose a blanket mobile phone ban.

While Home Affairs argued the bill does not seek to implement one, it did concede it was possible to do so with the legislation.

The language in the bill’s own explanatory memorandum suggests it is a key part of its intention.

“Evidence indicates that detainees are using mobile phones and other internet-capable devices to organise criminal activities inside and outside immigration detention facilities,” the bill’s explanatory memorandum reads.

“[If the bill passes] detainees will continue to have reasonable access to landline telephones, facsimile, the internet, postal services and visits in order to maintain contact with their support networks and legal representatives. Family, friends, legal representatives and advocates can also contact detainees directly via the immigration detention facility.”

In a Senate committee hearing on the bill back in July, the Australian Human Rights Commission (AHRC) slammed the proposed laws as being “unnecessary” and “disproportionate”.

“The Australian Human Rights Commission … considers the bill impinges on human rights in ways that are unnecessary and disproportionate,” Commissioner Edward Santow said in the hearing.

“The Commission detention inspections have shown how mobile phones can be a lifeline for people in detention, connecting them to family and vital sources of support.”

Similarly, the government’s Commonwealth Ombudsman Michael Manthorpe agreed that the powers seemed to be more broad than needed to be.

“A decision to seize telephones from detainees who are using them to facilitate criminal activity may be appropriate,” Manthorpe said.

“But the decision to ban telephones from a whole facility, when only a small cohort of detainees are using them for such purposes, would lack of proportionality and fairness.”

The fate of those in immigration centres now rests with Lambie and perhaps the results of her poll.

Wed Sep 9 , 2020
My son has been asking my husband and me for a Nintendo Switch for the past three years. But three months into quarantine and a week before his ninth birthday, he asked to be gifted a desktop computer instead. With camps and sports cancelled due to the coronavirus pandemic, he […] 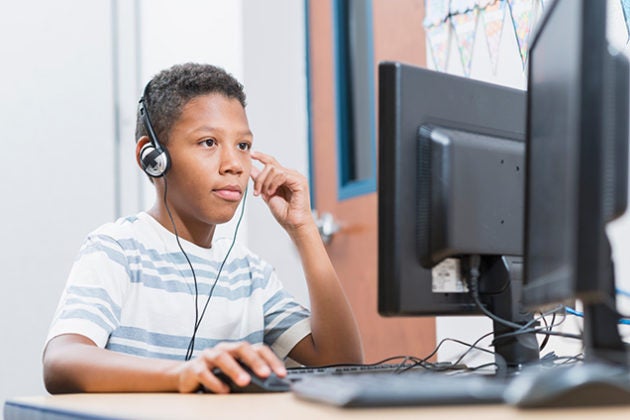